About the contestEstonian concrete building 2021History of the contest

The winners of the Concrete Building of the Year award for 2021 were announced today at the event of the annual Concrete Day.

The Estonian Concrete Building of the Year 2021 is Port of Tallinn Cruise Terminal.

A short video of the Port of Tallinn Cruise Terminal can be accessed here:
https://www.dropbox.com/sh/856l6ntrjhogvbb/AABUkjM57PfIOaI9CAQ0GAaga?dl=0

Comment of the jury: „For the design of an outstanding multifunctional building, where the versatile uses of concrete can be seen perfectly, opening up the Tallinn seaside city space in a new quality.”
The chairman of the jury, Aadu Kana: „AS Tallinna Sadam has done a great job of opening up the previously closed Tallinn seaside area to the public as well as to our guests in an attractive way.”

Selection of photos of winning projects can be accessed and downloaded here:
https://www.dropbox.com/sh/ytmd5g986mm6v16/AABPd8LO7ma4I1QyUwszqiNEa?dl=0

Special award: Riia-Vaksali street traffic junction’s bridge and tunnels, Tartu.
Architecture: PART OÜ (Sille Pihlak, Siim Tuksam).
Comment of the jury: „For outstanding concrete architecture in creating a fluid and inclusive infrastructure design and an urban landmark.”
The chairman of the jury, Aadu Kana: „The plasticity of concrete has an important role in achieving a strong and effective architectural form.”

Special award from the Estonian Association of Civil Engineers was awarded to Stricto Project OÜ– the head designer of the constructions of the Riia-Vaksali street bridge and tunnels.

Special award from Äripäev newspaper was awarded to Nordecon AS – the general contractor of the Kindluse School project.

The Estonian Concrete Building of the Year competition, organized for the twenty-second time this year, has been launched to introduce the public to the wide range of uses for concrete and to recognize people who have used the domestic building material, the opportunity-rich and well-formable concrete, in their projects.

This year’s competition received 16 works. The submission was open to concrete buildings and structures and procedures within buildings that were handed over to the contractor in 2021. 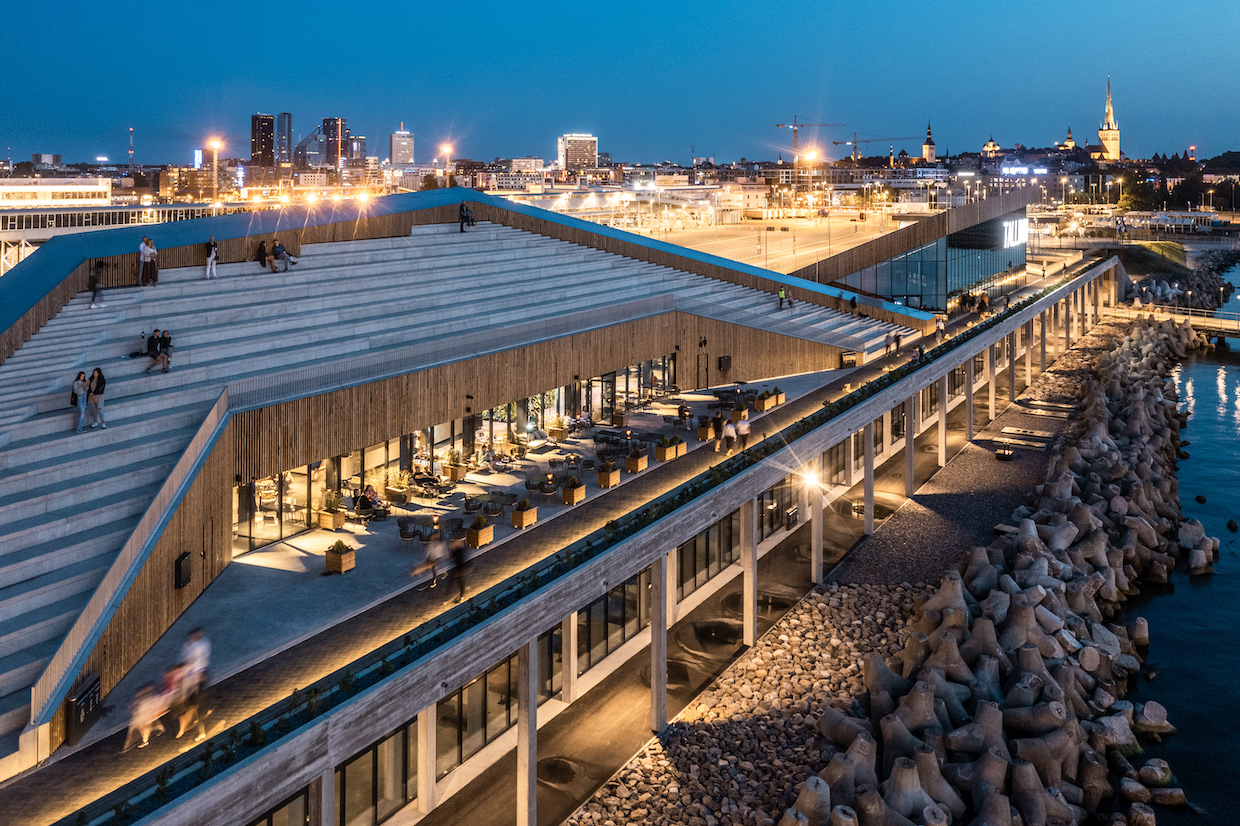