This year’s Concrete Day took place in the Estonian Academy of Arts where the Estonian Concrete Association announced the winners of the ‘Concrete Building of the Year Awards 2018’.

Here is the introductory video about the Academy of Arts:
https://youtu.be/jmIBxEqav-Y

The jury’s comment: „It’s a good example of how a new concrete building has been united with the old concrete buildings. Here we can see concrete constructions of the prewar period of the Republic of Estonia, the reinforced concrete frames of the industrial and administrative buildings from the Soviet period and our contemporary building. Many of the concrete surfaces from different periods are left without covering finishing.”

The jury’s chairman Aadu Kana: „One of our best examples of Estonian industrial architecture and a mixture of rooms from different eras has been united into a dignified, yet youthful entity. The concrete here proves to be a remarkable example of a truly durable material,” he added. 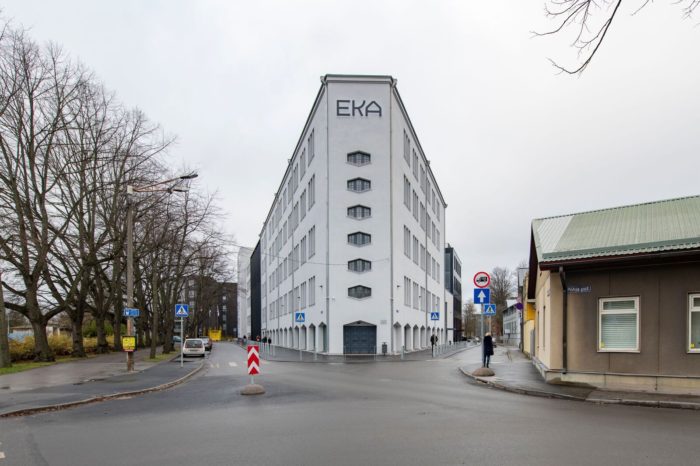 Photo galleries of the awarded entries can be downloaded from here:
https://www.dropbox.com/sh/3dno6xtawdzgj1q/AAD04HUeoX_7qKfr3pH2Dyhsa?
dl=0

The jury’s comment: „Sculptural structure in the heart of a new residential district reveals the engineers’ skills to shape concrete into a slim and artistic form. The thin cross section has only been achieved through excellent knowledge of concrete as a building material.”

The jury’s chairman Aadu Kana added: “We are proud of this challenging tridimensional construction.”

Special award for Architecture – architect Martin Aunin – Roseni 9/11 hotel-apartment and office building – for innovative use of concrete and display of the material.

The jury’s comment: „Both on the facade of the building and in the interior red concrete dominates. Red concrete has been used in a variety of ways – in fine-cut frames with monolithic concrete casting, as complex or deep patterned facade and balcony border elements and as large-format paving slabs around the house. The red prefabricated wall elements are both outer shell elements and three-layer sandwich elements. The West Facade has a red concrete balcony system. The semi-circular main staircase in the hotel lobby is clean red concrete.”

Aadu Kana emphasizes: “Our special thanks go to architect Martin Aunin, for his keen dedication to concrete, he has practiced with concrete in multiple ways and displayed the materials high quality.”

The magazine “Ehitaja” (Äripäev) Award goes to Haart Ehitus OÜ – for the construction of the Memorial to the victims of communism in Tallinn. 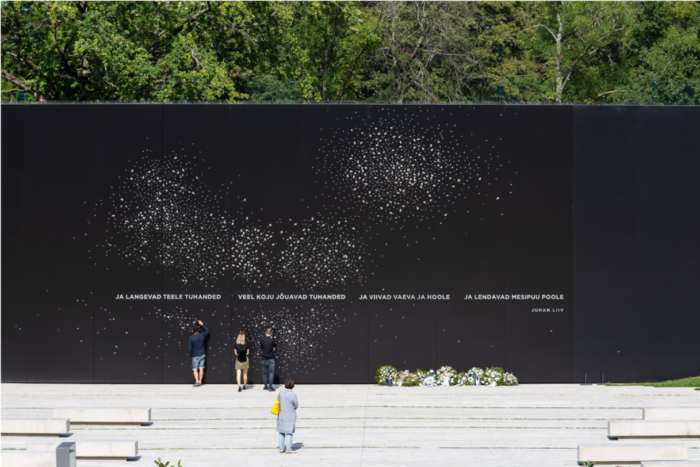 The Special Award of the Estonian Association of Civil Engineers goes to – Järelpinge Inseneribüroo OÜ: Aivar-Oskar Saar, Sven Naadel, Martin Meisalu and Priit Pärn – the designer of the Haabersti intersection facilities in Tallinn. 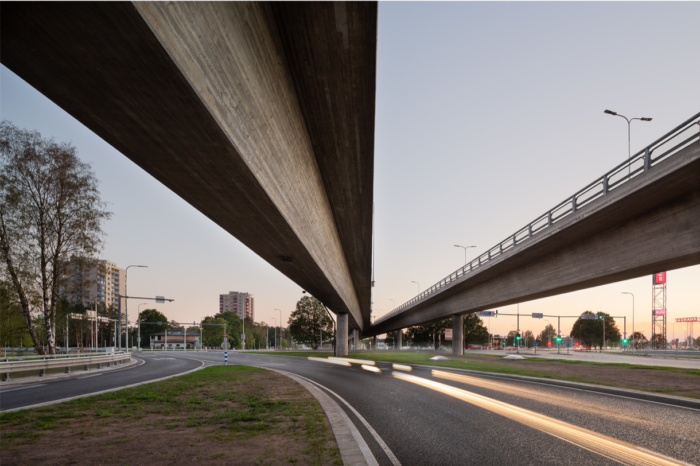 The Concrete Building of the Year Awards has been held for the 19th year. The aim of the awards is to create awareness for the wider areas of application for concrete and to acknowledge those people who have used this versatile and easy-to-shape domestic building material to implement their ideas.

The Estonian Concrete Association incorporates 65 companies, organisations, and private individuals, and aims to promote the use of concrete as a domestic construction material.

The Association of Construction Material Producers of Estonia incorporates 63 member companies which are involved in the production and sale of construction materials.